Article written by Vivian Henoch in My Jewish Detroit

The smart bangles, the buckled cuffs, the liquid metal bracelets, the earrings, the tasteful pendants – all become her. From the easy smile that lights up her lovely face, one would never know how deeply significant that jewelry is – that it honors the memory of her beloved son who lost the battle with bipolar disorder. 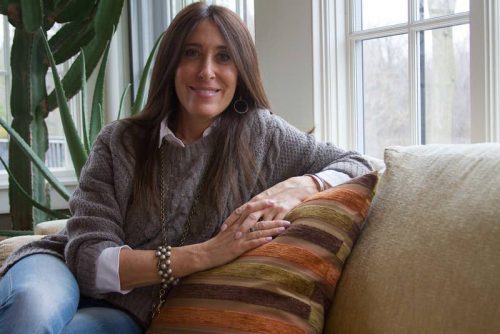 It was in June of 2009. Michael Guz was only 17, a junior at Groves High School, when his struggle with his chronic illness took his life. Within a year, Liz and her family turned from grief to action, determined to help support the search for a cure on behalf of others with the spectrum of mood disorders known as bipolar.

“We were aware that bipolar disorder often runs in families. My mother-in-law suffered with the illness,” Liz stated. “When Michael died, we started looking for charities and research programs that applied to his health issues and we were gratified to discover the incredible extent of the groundbreaking research conducted close to home in Ann Arbor.”

In 2010, the Guz family – Liz and her husband Dr. Brian Guz and their two children, David and Lauren – established the Michael Guz Memorial Fund at the University of Michigan Depression Center to support the Heinz C. Prechter Bipolar Research Project which researches the genetic basis for the illness.

“I met with Wally (Waltraud) Prechter – the founder of the project and a passionate leader. Through our friendship, I got involved and started some fundraising on my own,” said Liz. Since its inception, the Michael Guz Memorial Fund has generated $181,000 in gifts to support bipolar research. Liz’s initial efforts played a significant part in the overwhelming success of a 2010 benefit which drew 560 guests and generated $200,000 in proceeds for the Prechter Fund.

Out of the blue

“I didn’t start out as a jewelry designer, but ELLA Designs Jewelry began with the vision my daughter and I had a to create a business where we could make beautiful jewelry while raising awareness and money for bipolar research. Two years ago, we created the company for the purpose of donating 50% of all proceeds to the Prechter Bipolar Research Fund. From the start, we’ve had a tremendous response to our jewelry.”

In its first year, ELLA Designs made a $25,000 donation to the Prechter Bipolar Research Fund. As Liz recalls, “We just started out of the blue with a few friends and family, inviting them to homes and then doing shows in synagogues, country clubs and offices. Never in a million years did I think we would build the momentum for a legitimate, sustainable business.” This year, Liz anticipates an even larger profit margin and a donation to the Prechter Fund between $30,000 and $40,000.

Building the conversation, one link at a time

A U. of M. alumna with an MBA, Liz is both business savvy and creative. Honing her natural design, marketing and social media skills, she has worked diligently to build the business with the help of her daughter Lauren, 19, a sophomore at the University of Michigan. ELLA Designs recently started a website with a gallery of the jewelry on display and more shopping events in the works in the metro Detroit area. With thanks to twin sister, Eve Agin in Highland Park, Illinois, Liz has even developed a devoted following in the Chicago area. 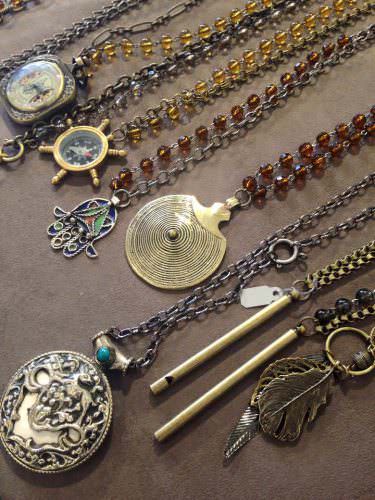 The jewelry speaks for itself

“I feel that giving the money to the Prechter Fund has grown the business. Ordinarily, you wouldn’t link jewelry with mental illness,” says Liz. “But when I tell people that 50% of all ELLA Design profits are donated to the Prechter Fund to support vital research in neuroscience and psychiatric genetics, I’m amazed at just how many people respond and tell me that they have a son, a daughter, a family member or someone close to them who is affected. Beyond its original and unique design, the jewelry starts the conversation. I feel there is a message to bring to people. I want them to know about the research and the real progress that has been made towards understanding illnesses of the brain. And I want to do whatever I can to make a difference.”

Bipolar disorder is not one illness. It is a spectrum of illnesses where the patterns of individuals can vary considerably. Always in search for balance and wellness, people with bipolar disorder alternate between poles of “mania” and “depression.” Some people have frequent recurrences of significant symptoms; others have minimal symptoms over time with little interruption to their personal, social or work life.

It’s been a pivotal year for the Prechter Fund. In search of genetic solutions to unlock the mysteries of the illness, with the mission to enhance the quality of life for those who live with bipolar disorder, the Fund has directly supported the nation’s first and largest privately funded genetics repository. The flagship Prechter Longitudinal Study of Bipolar Disorder reflects the participation and contribution of thousands. One of the break-through developments that has come out of this study is software for smartphones that can capture and analyze speech patterns to help predict impending mood changes. Additionally, research on the cellular level is moving towards the discovery of a personalized approach to mental health care, with the ultimate goal of customizing the treatment and management of an individual’s bipolar illness.  *source: www.prechtorfund.org Newsletter, 2014

Stay Up to Date!

Ella in the News